JCPenny Missed the Train to the Super Bowl

These are four tweets that had everyone talking about JCPenny on Super Bowl Sunday, but for all the wrong reasons.

Here are the series of tweets in the order they were tweeted:

We're ready for the big game no matter the temp. Staying warm thanks to #TeamUSA mittens! http://t.co/xzB8FLljox pic.twitter.com/pqocEbkC9K

Oops…Sorry for the typos. We were #TweetingWithMittens. Wasn't it supposed to be colder? Enjoy the game! #GoTeamUSA pic.twitter.com/e8GvnTiEGl

Apparently, the folks over at JCPenny thought it would be funny to tweet with mittens. It would have been funny if the weather had remained freezing and if their mittens had Broncos and Seahawks logos on them. But the mittens they used said “Go USA” and they used the hashtags #GoUSA and #GoTeamUSA. Not a mention of #Superbowl or #SB48 or even #brandbowl. It seemed they thought the “big game” was the Olympics? Hard to tell what they intended.

Apparently, Good Morning America was the only other brand who could find a clever way to respond, as that is the only retweet JCPenny made on the issue. The rest of us in the field of social media, branding and communication were talking about how far JCPenny missed the mark. Yes, thousands were retweeting and talking about JCPenny, but when most assume that the intern you’ve hired to do your social media posts is drunk because the tweets are so awful and off-topic, that is not attention you want.

Cutesy never works on Twitter, and ill-timed, irrelevant material works even less. I’m not sure why the JCPenny team didn’t have one more meeting before SuperBowl weekend to re-work their strategy, especially when the weather became a non-issue. Whatever their team is doing, they should read the negative sentiment as a major mis-fire and rethink the people on their strategy team. It just didn’t work. It is super clear that the marketing team doesn’t understand what does work during these types of events.

On a side note, Snickers took advantage of the situation and used the JCPenny missteps to boost their own brand, tweeting:

Now that’s how you do it. Timely. Clever. Funny. On point.

One of the other brand commercials who had their head in the game was H&M. Shortly after their first David Beckham commercial aired, they put up the “instant replay” on their Instagram Account. That was super smart. Want to see a lot of David Beckham again and again? Click here —> http://instagram.com/p/j7ycBBAUaN/  … It yielded high brand engagement for all the right reasons.

Finally, the Twitter feed for @Tide was on fire during the entire game. They found a way to integrate their brand with others. And yet they didn’t pay for a Super Bowl ad. For example, after the Cheerios ad, they tweeted a vine:

And that was the opportunity they looked for in most of the big brand ads. From the Budweiser spots to some fun with John Stamos and the yogurt ad. Simply brilliant.

What was your favorite TV or social ad during the Super Bowl? Which ad was your least favorite? Leave a comment below and share with the rest of us. Unfortunately, I’m not sure any of the ads were strong enough to save us from the horror that was the Super Bowl! What a game!

This video clip from the CONAN show landed on Youtube and other parts of the web today. Host Conan O’Brien talks about having a ‘digital presence’ and social media sites, as well as his digital team’s insistence that he have a LinkedIn account. What he says about LinkedIn is pretty funny. Have a look and then view my notes after the video:

I looked Conan up on LinkedIn and sure enough, he had a profile listed. My request to connect was accepted and I am now an official connection. Not sure the process his digital team went through to accept or deny all contact requests.  LinkedIn has been the one space where there’s not so many hallow or spammy accounts, so it’s likely that at this early stage, all of the folks who have requested to connect with Conan are, indeed, really people.

However, it made me think that LinkedIn may need to set up a verification system for high profile people, as Twitter and then Facebook has have. Soon after I connected with Conan, I saw a Jimmy Fallon profile. I’d love to connect with Jimmy Fallon, but I had no way to tell if it was an official profile.

I wonder, is this really the right space for celebrities and superstars to grow their fan base? Is LinkedIn prepared to somehow verify high profile accounts? Will the attention Conan gave to LinkedIn on his show have a lasting effect or just be a quick sizzle?

It will be interesting to see what happens in the weeks following. It’s funny – we are so used to talking about Twitter and Facebook on television. But when does LinkedIn ever get three minutes of air time? What are your thoughts?

I’m about to make a confession. I love USA Channel’s Necessary Roughness. Do you know the show? The lead character, Dr. Dani Santino is a psychotherapist whose main client is the fictional football team, the New York Hawks. She was brought on board after their star wide receiver was unable to catch any passes. She was referred to the team because, fresh off her divorce, she had a one-nighter with the team’s trainer. Juicy.

I was a little behind in this second season and finally caught up on last week’s show. (It airs every Wednesday night at 10pm for those interested!)  The episode guide for last week’s “Mr. Irrelevant” promises, “Dr. Dani works her magic on a world-renown illusionist whose next trick could prove his last. In addition, Dani tells the kids about her relationship with Matt as he learns to navigate front office politics. Plus, TK gets into a Twitter flame war with an all-too-familiar foe.”  Forget about everything except the last sentence.  Twitter (and Twitter used by athletes) was actually written into the episode!

I hadn’t read the episode guide before watching and so I was thrilled when Twitter became a part of the conversation, and then a main thread of the story.  Here’s the scoop, again from the episode guide, this time the full summary:  TK is irritated by his lack of “cred” on Twitter so he hires a celebrity Tweet Master to help him fight back against his detractors, including “The Minefield.”

This episode was absolutely delicious. The writers of the show threw in a bunch of Twitter slang, as TK talked about how he needed to be trending, was panicked that his arch rival was trending, not him and constantly worried what everyone was saying about him. There is a scene where after he hired his ghost tweeter, his friends are reading what people are saying about him. Since he’s not the one actually tweeting, TK says at some point, “What did he say? What did I say?”  I may have even picked up a new term, as the character TK was talking about Twaters. Twitter + haters = Twaters. Don’t you just love it? All the panic and worry are all just to stay relevant. When his ghost tweeter starts posting photos of TK in all of the other team’s uniforms, the GM steps in and warns not to continue down that path. In the end, it turns out that he and his rival had both hired the same ghost tweeter and make amends. Imagine that!

As delightful, and a bit silly, as this particular episode was, we can actually gain some insight into what might go on in the head of a pro athlete. I’m sure there is great pressure to stay relevant, a huge desire to be trending and that it is all too easy to get caught up in smack talk. These athletes have a lot of pressure to perform during the game, and now in the digital age, to perform well in the social stratosphere. We’ve seen all too many pro athletes pop up in the news because of something dumb they posted on Twitter. When was the last time one of them made the news for a positive and influential tweet?

What also seemed outside the norm, was the interest the GM took in what was appearing on TK’s Twitter feed.  I’m sure there are plenty of teams who take a mild interest in what their players are posting, but how many GMs step in and reprimand their players for some of the stupid things they say on Twitter and elsewhere?  What would be totally awesome is if even the pro teams would come to understand that a social media education and how to use these networks effectively, sets a foundation for a successful PR game. Working with all the players, coaches and staff in pre-season builds the foundation for a strategic communication program, where everyone is singing the same tune. The team can spend the season building each other and the fans up, instead of getting stuck in Twaterville. 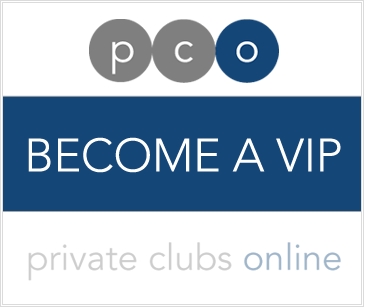